Pumpkin Pie for the Planet 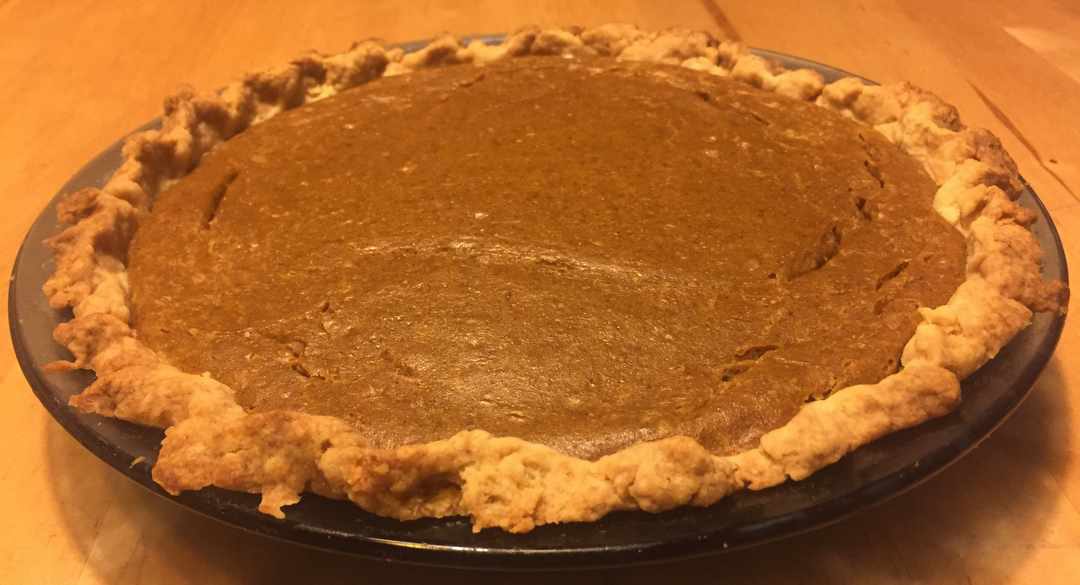 You will love this planet-friendly, vegan pumpkin pie–it tastes as good or better than any traditional version, but without the dairy and eggs.  It gets serious richness from cashews, and the flavor is all pumpkin, sweetness, and spices.  It was developed by Josh Meckel, Creator of Loving Cooperative and Creative Director of Meals for the Planet, with inspiration from the Gentle Chef.

If you have a blender and if you are using prepared crusts, this takes less than 15 minutes of active preparation.

The carbon footprint of this pie is less than a third of that of its traditional counterpart.

Print Recipe
Pumpkin Pie for the Planet
Votes: 0
Rating: 0
You:
Rate this recipe!
This delicious pie developed by Josh Meckel, Creator of Loving Cooperative and Creative Director of Meals for the Planet, with inspiration from the Gentle Chef. The carbon footprint of this pie is less than a third of that of its traditional counterpart. 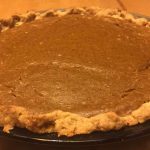 Squashes in general are a great choice for a low carbon lifestyle.  They have a low carbon footprint (just 0.09 g CO2-eq/g), don’t require refrigeration during transport and storage, and pack lots of vitamins.  If you are baking two pies with this recipe, the carbon footprint of your baking would be about 1,430 g CO2-eq with a vegan pastry crust.  (Using a non-dairy graham cracker crust, the total footprint is similar, 1,467 g CO2-eq.)

We can also think about changes in footprint in terms of the amount of GHG emissions reductions we would need to meet the Paris Climate Accord.  To meet the agreement, our country needs to reduce its GHG emissions by 447 million metric tonnes per year relative to today’s levels, by 2020.  By dividing by the current US population, we can calculate a per capita target reduction of 3,660 g CO2-eq/day.  See the articles Taking Climate into our Own Hands and Low Hanging Fruit for a Low Carbon Life for more information.

Choosing to bake this recipe rather than two traditional recipes is equivalent to 87% of the per capita Paris Climate Accord reduction.

If you prefer using maple syrup over sugar, Minimalist Baker has a great vegan pumpkin pie recipe for you, which would also have a low carbon footprint.  I brought this to a Thanksgiving party and everyone loved it.

In general, the numbers show that in any recipe you can really lower your carbon footprint by switching out dairy butter for a vegan butter.  For example, if you were going to add a quarter cup of butter (which has a footprint of 12 gram CO2-eq per gram) to a bowl of mashed potatoes, using vegan butter (which has a footprint of 1.4 grams CO2-eq per gram) instead saves around 600 g CO2-eq! Conventional butter has a high carbon footprint because the natural metabolism of cows results in production of methane, a potent greenhouse gas.  In addition, dairy cows require feed crops, which in turn require fossil fuels for fertilization, production, and transport.  Finally, cow manure emits methane and nitrous oxide—both greenhouses gases.

Learn more about the Gentle Chef, Skye Michael at thegentlechef.com.  He has a great set of vegan holiday recipes!

The soymilk conversion factor (not available from Heller and Keoleian) comes from:

Nutritional information is from the USDA Food Composition Database.

Cherry Pie for the Planet

Apple Crisp for the Planet